For the most recent news from Europeana Newspapers, please see our blog.

When newspapers are digitised, the resulting electronic version is often simply an image of the newspaper. It is not always possible to effectively search for images, articles or individual terms within the text.

Europeana Newspapers aims to change that. It will create full-text versions of about 10 million newspaper pages. It will also detect and tag millions of single articles with related metadata and named entities (information identifying people, locations etc.). This will dramatically improve the experience of users, compared to earlier digital newspaper projects.

Many of the newspaper pages assembled by Europeana Newspapers will be dedicated to the public domain. All titles will be freely searchable through The European Library (which is also creating a special content browser for the project’s newspaper content) and Europeana.

Since the process for converting paper newspapers to digital versions is not 100% accurate, the quality of digitised newspapers must be continually assessed.

4. Assemble An Overview Of Newspaper Digitisation In Europe

Our 2012 survey (PDF) aimed to identify and analyse all newspaper collections digitised by national, research and public libraries in Europe. It revealed the problem of making 20th century content available, and the fact that many libraries do not use any form of Optical Character Recognition when they scan their newspaper content.

The survey is being reconducted in 2013 to give an even more complete picture.

We are working to design and release a comprehensive metadata model based on de-facto standards such as METS and ALTO.

Partners will share the model with stakeholders in order to find a common agreement and to make it a best-practice example for newspaper digitization in Europe.

Anyone interested in the digitisation of newspaper content can learn more through our workshops and information days. Topics covered include the technical challenges of the project, content and policy related issues addressed by the project.

You can also read more about our results in our final report. 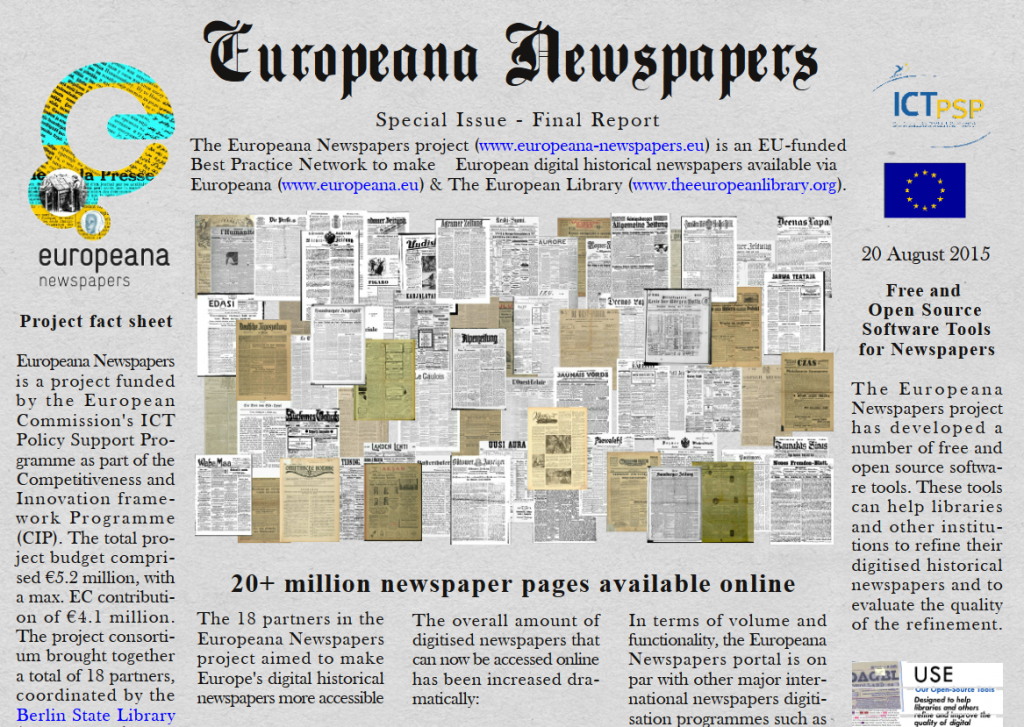