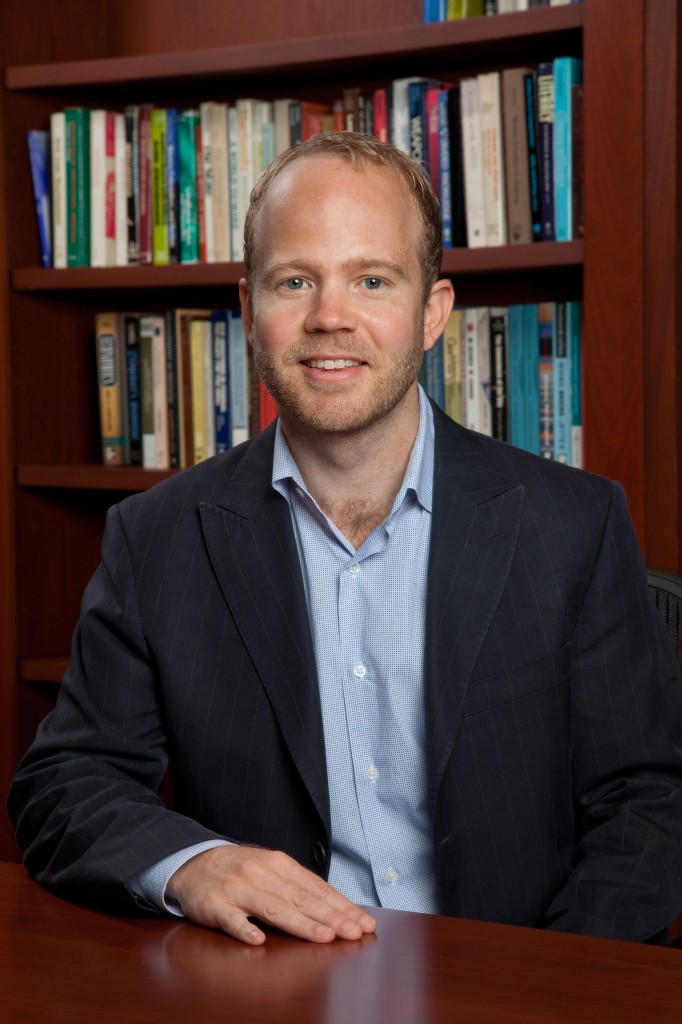 To answer that question, we’re interviewing researchers about their work with historic newspapers.

Matthew Rubery was the first to respond to our questions. He teaches at Queen Mary University of London and is the author of The Novelty Of Newspapers: Victorian Fiction after the Invention of the News. This book explains how newspapers shaped the development of Victorian fiction.

Your book highlights the importance of newspapers as an information source. How did you discover the link between your research topic and the information recorded by the press? 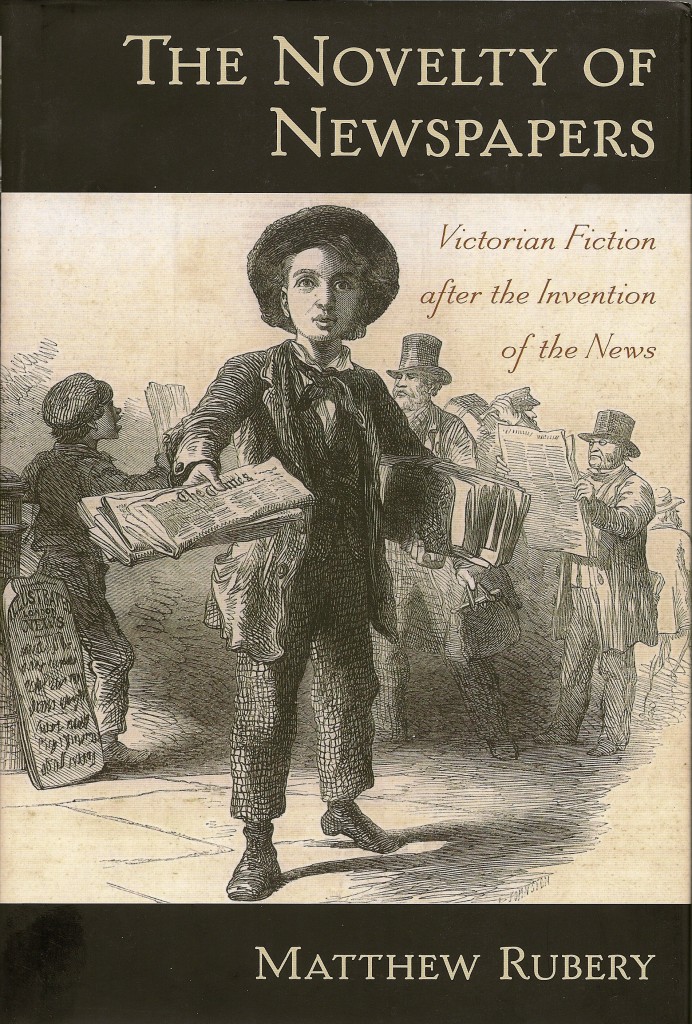 My first encounter with the 19th-century press was a memorable one. While browsing the archives, I was surprised to discover that the entire front page of the London Times was covered with tiny advertisements rather than news. Where were the attention-grabbing headlines that sought, in one editor’s words, to strike the reader between the eyes? Clearly the press has come a long way since those days. My book traces the impact such dramatic changes to the press had on the work of Charles Dickens and a whole bunch of other novelists who mined journalism for fictional inspiration.

Was this the first time that you had used newspapers as a source of information for research, and did it change the way that you view newspapers?

Anyone who works with old newspapers knows how easy it is to get lost in them. They’re full of human interest stories that continue to fascinate us centuries later. I began working with newspapers to gain historical context but quickly found myself absorbed by the narratives unfolded in their pages: tales of scandalous affairs, shocking crimes, disasters at sea, and more. Journalists are very skilled at converting intelligence into readable narrative forms so that even something as simple as an obituary contains the story of an entire life.

For centuries newspapers have informed as well as entertained. We should remember that many of Europe’s greatest novelists wrote for the press. Classic novels such as Dickens’ Oliver Twist, George Eliot’s Romola, and Arthur Conan Doyle’s The Hound of the Baskervilles first reached audiences in Britain through the pages of newspapers and magazines.

This was true in other parts of Europe too. Eugene Sue’s Les Mystères de Paris, one of the most influential novels of the nineteenth century, was published in 90 installments in a French newspaper. Newspapers are commonly thought of as disposable but it’s hard for me to think of them that way when they’re full of such great stories.

What specific types of information did the newspapers contain that you found valuable, and why were these important for you?

The Novelty of Newspapers examines the interplay of journalism and the novel. Its chapters are organised according to types of newspaper features: shipping news, agony columns, leading articles, personal interviews, and foreign correspondence. I chose these categories in order to show how public media enabled the expression of private feeling. A few lines about a ship lost at sea, for instance, could be incredibly emotional when read by someone who knew, or loved, one of that ship’s passengers. To take a dramatic example from fiction, Esther Summerson is scarcely able to read the account of Dr Woodcourt’s shipwreck through her tears in Dickens’ Bleak House. Newspapers were a great way of bringing Europeans into contact with the rest of the world.

In terms of your work process, what kinds of newspapers did you use and how did you use them?

My book should have a disclaimer that it was written before the arrival of digital collections. A book that took me years to write could now be completed in weeks! It’s easy to forget how difficult it used to be to access newspapers.

Most were thought to be ephemeral. The saying comes to mind: “Yesterday’s news is tomorrow’s fish and chip wrapper.” Few libraries bothered to preserve them; those that did generally had cumbersome microfilm copies.

While writing my book, I spent a year in London working at the British Library’s newspaper repository in order to gain access to material that couldn’t be found in the United States. In fact, newspapers are largely responsible for the fact that I live and work in Britain today. I warn my doctoral students to be careful where they do archival research since they may end up spending the rest of their lives there!

How was your research affected by the format of newspapers that you used, in both a positive and a negative sense?

We’re witnessing dramatic changes in access to information through digital archives. Newspapers are so accessible nowadays that my students use them in the classroom (instead of the flimsy, smudged sheets that I used to pass around).

The difference lies not just in access, of course, but in the conversion of a massive amount of print into a searchable resource. We can search millions instead of hundreds of pages. This holds the potential to make connections across newspapers in ways previously unimaginable to the lone scholar thumbing through page after page of the broadsheets.

The boom in digital resources means that we have gone from too little to too much information almost overnight. This makes it all the more important that we avoid “cherry picking” information without grasping the conventions governing the press at different moments in history. In my case, I would never have made the connections I did without viewing the physical format of the newspaper and reflecting on the way people actually read it.

Scanning the newspaper’s front page, for example, brought me into contact with the mysterious world of personal advertisements. One of my favorites is from 1850: “THE ONE-WINGED DOVE must DIE unless the CRANE RETURNS to be a shield against her enemies.” What was to be the abandoned dove’s fate? This story would have been lost to me were it not for the serendipity of browsing.

Looking forward, can you imagine other topics or areas of research that might be stimulated by the digital archive that we are building and by digital newspapers in general?

One of the most exciting—and controversial—trends in the humanities right now is the shift from “close reading” of a single text to “distant reading” of massive amounts of information. This approach only became possible after the conversion of millions of books, magazines, and newspapers into a machine-readable resource through digital repositories such as Google Books.

When done responsibly, this approach should help us to map the evolution of ideas, language, and culture on an unprecedented scale. For instance, we might be able to chart formal innovations in the press such as the emergence of headlines on the newspaper’s front page. Data mining makes perfect sense for an industry that has always prided itself on quantity as much as quality.

Matthew Rubery is the author of The Novelty Of Newspapers: Victorian Fiction after the Invention of the News. His book is currently available as a hardcover from Oxford University Press and will shortly also be available as a paperback.